Home
Hair Loss
Nioxin Vs Bosley: Which works best for hair growth? And which to thicken hair?
Anuncios 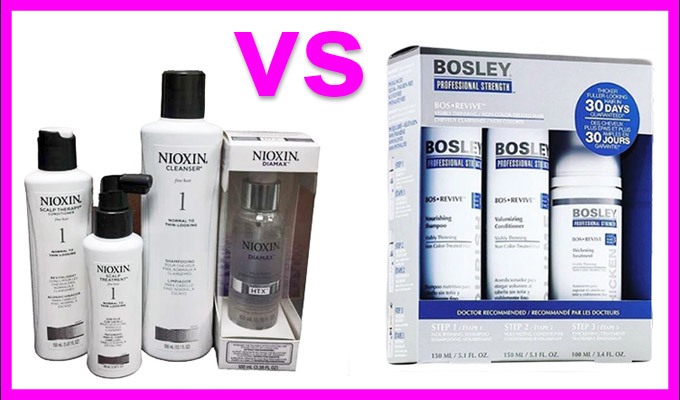 This is one of the most frequent doubts that we come across as people that suffer daily fro hair loss and lack of density in the hair.

I don’t want to get to much on a roll right now, although I will later on.

That’s why, to be clear from the start, I will tell you that Nioxin is for those that have very thin and fine hair and want to make it thicker, while Bosley products are to stimulate new hair growth.

Of course, this is one of the main differences, but not the only one.

And to understand the differences between the two products well, is what will assure us the good results that we are looking for.

If you got to this point, then it’s because you have two things clear: you know what the problem is with your hair and you want to know a solution.

But in addition to this, you know just as I do about the hardships that we people with hair loss and lack of density go through.

Our life has practically turned into a constant search for treasure. A treasure that you can see in each of the miracle shampoos and treatments that promise a solution.

You know what I’m talking about, right?

Of course you do.

Because we both know that it isn’t the same to lose your hair because of genetics than because of stress or a lack of proteins and vitamins.

We also know that it isn’t the same to suffer from hair loss because our hair keeps becoming finer and the sensation that we are balder, than suffering from hair loss.

But a lot of times, the information that products give us isn’t enough.

And then, we make the mistake of buying products that aren’t the solution to our problem.

At the end of the said story of disaffection and hopelessness, we become submerged in desperation and frustration.

We make the mistake of thinking that our problem has no solution. We throw in the towel and the problem gets worse because we feel unhappier.

Today, I’m going to cut out your frustration and your desperation.

That’s why, I will tell you:

Differences between Nioxin and Bosley 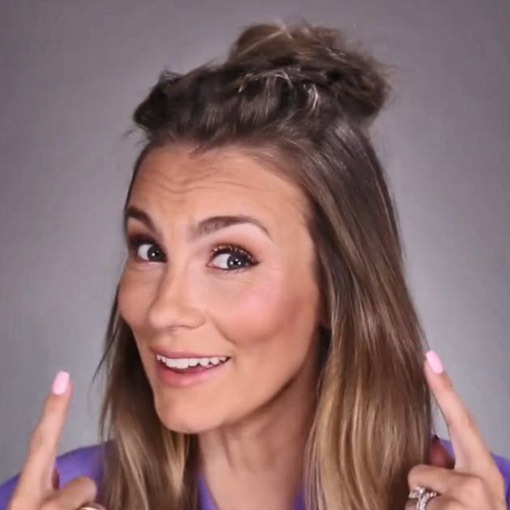 Both Nioxin and Bosley are well-known brands that are related to treatments to stop hair loss.

But there are a few differences between the two that make them slightly different and you should know before deciding which you want to spend your money on, what it’s going to cost.

Because we both know that hair treatments for hair growth are treatments that last at least six months generally.

And that means money, money, and more money.

And what happens when you invest all that money and you don’t get the results that you wish?
Anuncios
Anuncios

It makes you want to curse all of those treatments.

Today, that won’t be necessary.

That’s why, I will go deeper about the differences between both products.

When the hairs become thicker, they are stronger and because of that, they are more dense.

Because of that, it gives the sensation that the hair grows and covers some of the white places on our head.

However, the product is not meant for the growth of new hair, but is meant to thicken hair that already exists.

And it combats dandruff and also, seborrheic dermatitis, helping destroy germs and bacteria that damage hair follicles and interrupt the hair growth cycle.

That means, Nioxin offers six kits, different for each type of hair, and each one of those kits is made up of three products: shampoo, conditioner and an emulsion.

So, you can buy the shampoo, and if you prefer, also the conditioner.

This, logically, affects the prices of the products.

Acquiring a Bosley product is cheaper than a Nioxin kit.

Those are the most obvious differences.

But I think that the main one is to highlight again the purpose of each on of these products.

Now, although they have a few differences, they also have some similarities.

Similarities between Bosley and Nioxin

Now, I want to bring things back down to reality.

That’s why I’m going to tell you about my own experience with the products.

My experience using the Nioxin kit 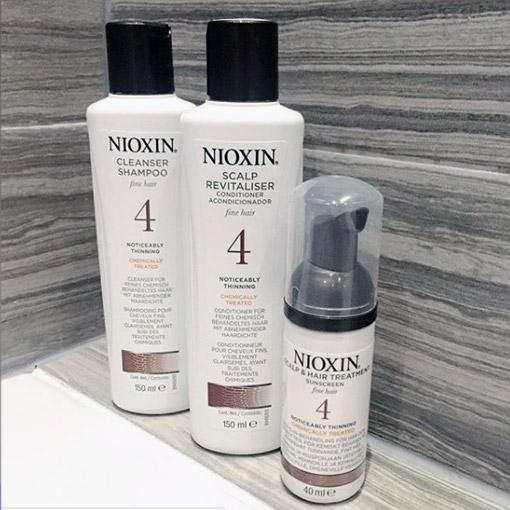 I’m the mother of two precious children that fill my life in a special way.

One of the most important changes that I noted, in addition to the logical growth of my abdomen, was the thinning of my hair.

Whereas before I had thick, abundant curls, now, thin waves reigned. This as a consequence, made it look like I had lost half of my hair.

Two years after giving birth to my last son, I looked in the mirror and I realized that now it was time to worry about me.

It seemed like I was losing hair and due to that, I felt embarrassed to go to social gatherings and being intimate with my husband. I started to lose confidence in myself.

I hate to say this, but even before I posted a picture on Facebook, I used Photoshop to draw in some hair on my head so that it looked thicker.

So, I made an appointment with a doctor. My way of being always made me think the worst, so I wanted to get rid of the change of there being a serious illness.

After a series of checks and analyses, the clinic confirmed that I had nothing serious in my body. And they recommended that I see a dermatologist.

My hair was getting finer and weaker. According to the specialist, it could have been influenced by the pregnancies, because the mother passes a lot of vitamins to the baby, and stress.

That’s where I discovered the Nioxin kit. I used kit number 4, indicated for very fine, weak, and colored hair.

For three months, I used every one of the products that made up the kit daily to help nourish my scalp.

I’ll be honest, I was nervous, because I really wanted it to work.

Day after day, I noticed my hair was healthier. It felt stronger, and I could see where before I fine, languid hair, now some thicker curls were starting to appear.

After five months, I had thicker, denser hair.

My children always drew smiles on my face but now I also smiled myself, because I saw a beautiful, sexy, and attractive woman in the mirror once again.

What else could I ask for?

Just as I found the solution for my problem, my friend Juan also found one for his.

It was destiny. We ran into each other at the reception of the dermatologist’s office, one of the times I went for a check-up.

I noticed that at first, Juan was shy to say hello.

And it was then when he confessed to me.

He was desperate. He noticed that day after day he had less hair on his head and he was afraid of going completely bald.

His problem was more serious than mine, because you could definitely start to see the threatening white spaces on his head.

That’s why he had decided to visit the dermatologist.

That day, the specialist recommended that he use Bosley shampoo.

Do you want to know how it went?

Results of my friend Juan using Bosley for 8 months 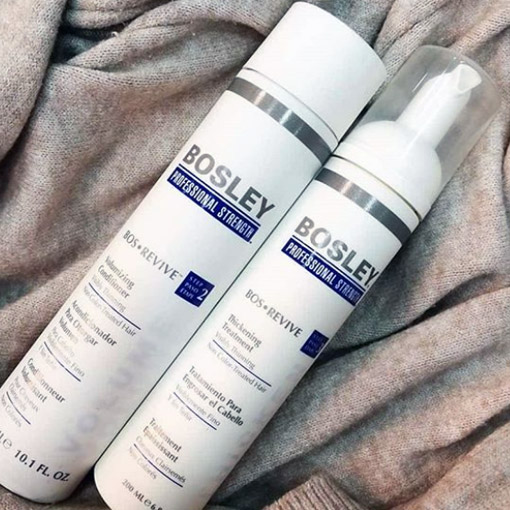 As I previously told you, Juan was desperate. He wasn’t prepared to see himself completely bald at 30 years old.

That’s why, after hearing at a social gathering with friends that I had gone to a dermatologist, he decided to do the same.

After all, what do you do when you feel like something isn’t going right in your body?

Exactly, you go to the doctor.

For hair matters, like in this one of hair loss, the best is to visit a dermatologist because they analyze the state of your scalp, which is nothing more than skin.

I’m not going to lie to you.

It took Juan eight months to see concrete results, those results that deserve a before and after photo.

And it’s not that he had turned into the actor, Jason Moma, know for his character, Khal Drogo, in one of my favorite series, Game of Thrones.

But, wow, did his appearance change!

So, Juan used the shampoo as well as the conditioner has part of his hair care routine.

And he used it minimum, four times a week.

As you can see, two people with different affections on their scalp and hair found the answer using these two products specifically for the treatment of each case.

That’s why it’s important that you identify well what problem you are trying to combat.

I’m not here to recommend products to you, but to simply inform you of the products that ended up being effective in the case of Juan and myself.

The Nioxin kit is for you.

Then your best option is Bosley.

But the two treatments come together in something very important: you should be perseverant and constant if you want to get the best results.

Can I give you one last thought?

If you have any doubts, consult with a dermatologist. They are then ones that know most about hair matters.

You already know which of these two products will finish off your hair problem? 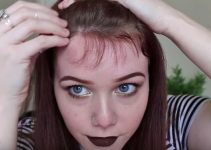 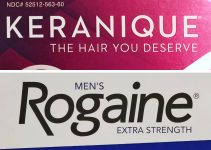 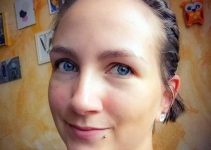 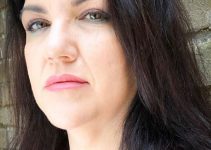 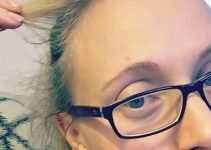