Home
Hair Beauty
Can I get two perms in one day? And twice in one week?
Anuncios 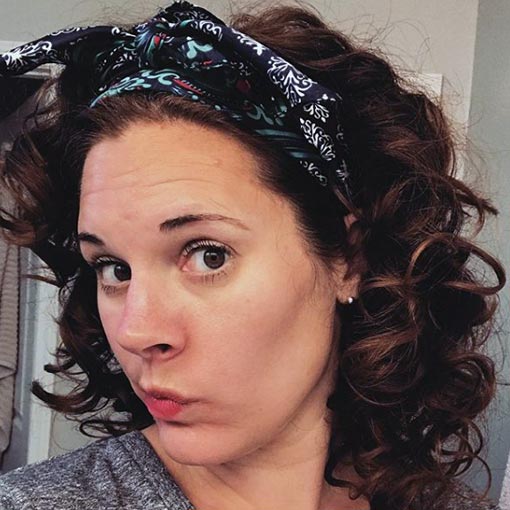 When you reach my age, you think that nothing can surprise you anymore. And yet, there are people that do insane things for love. Others do unimaginable things to get The Perfect Picture for Instagram, even putting their lives at risk.

And there are people that believe that their hair can put up with anything without realizing what they’ve done to it.

Because you can’t get two perms in one day.

Well, you can, but you shouldn’t. It’s like if you want to throw yourself off a bridge that’s 90 feet tall. You can do it, but nobody is going to assure you that you’re going to live to tell the tale.

With your hair, it’s the same thing. You can get two perms in one day, but nobody can assure you that you’re going to end up with healthy hair. So, you shouldn’t do it.

And getting two perms in one week?

It’s almost the same madness. The same insane madness, because I am a faithful defender of a little crazy in our lives, when it makes us believe in our dreams.

But, insane madness scares me because it makes us not evaluate risks and go through life thinking that actions don’t have consequences.

For whatever reason you’re doing it, it’s always recommended to do another perm at least twenty days after the first one. Because another perm won’t be worth anything before that amount of time, since you’ll end up with your hair completely ruined or burned.

Then, I should be absolutely clear. Clear and practical.

That’s why I’m going to tell you about two cases that even made my hair stand on end.

So, if you want to do two perms in the same day or in the same week, you can’t ignore Carla and Maria’s stories. Or, you can, but you’ll have los tan opportunity not to ruin your hair.

Today I’ll tell you about:

What did you decide? Are you going to turn to insane madness or will you leave it at a little crazy?

The day Carla came into my salon, her eyes were glassy like she’d been crying for a long time.

She sat down to wait her turn very timidly in our reception area, and I couldn’t stop looking at her. Besides having red eyes, she also had a wide-brimmed sun hat on that she didn’t even take off even when she stepped inside the salon.

My internal alarms were going off when she came in. It’s like a sixth sense that us stylists develop with many years of experience: a treatment that they tried at home went wrong. And I saw it in her attitude. It went very badly. And now she was looking for a solution.

I decided to attend her personally.

When she finally took off her hat, what I saw surprised me. I thought that nothing else could surprise me, but I was wrong.

She had gotten a perm. And since she didn’t like the size of the curls, since she wanted them tighter, she decided to do another perm herself the same day.

That decision that she made was an insane one. It was like fighting fire with more fire.

Because, as healthy as your hair is, your hair will never, NEVER, take to two perms in one day.

The worst thing was that I couldn’t do much. I barely touched her hair and it broke off. It was so, so weak that it wouldn’t even hold up to a soft touch without breaking.

I also noticed that she had clear marks on her scalp that meant the beginning of burns. Anything that I could put in her hair would just worsen the condition of the injuries.

Unfortunately, I couldn’t do much for Carla’s hair. When she decided to get two perms in one day, she left me with my hands tied.

I don’t know what went through Carla’s head when she was using the chemical products for perms, but what I do know is that she wasn’t aware that chemicals shouldn’t be taken lightly.

There are a few ingredients in them, like the thioglycol acid that breaks the natural pattern of your hair. And then, a perm uses a neutralizer – another chemical – that stabilizes the curl’s form.

Can you imagine all those chemicals in her hair two times in one day? Breaking the internal structure of every single one of the hairs on her head not once, but twice.

The end result was hair completely weakened to the point of being burned.

The only thing I could do that day was trim her ends, which were completely split, and I proposed that she come back to the salon once a week to do an intensive hydration treatment for at least a month.

Carla did it and after three months, her hair looked much better.

And finally, six months after Carla’s first visit to the salon, she got another perm.

Moral of the story?

Because if you think you can get two perms in one week, you’re also totally wrong.

Getting Two Perms in One Week Shouldn’t be as Dangerous, Right? Or is it?

Maria’s case wasn’t as bad as Carla’s, but that doesn’t mean that it wasn’t as tragic.

She had gotten a perm done in another salon and it seemed like everything had turned out great.

But, a week later, after a few washes, the curls weren’t as well-defined as before.

What would you do in her shoes?

I’ll give you two options:

Did you pick option 1?

Because that’s what Maria should have done.

But instead of doing that, she watched a few tutorials on YouTube that explained how to do a perm at home and decided to try it out on herself at home.

She probably was looking to get back the definition to her curls.

She probably didn’t want to pay for another salon treatment.

And she probably didn’t think about her hair, just about her wallet.

The result was tight, corkscrew curls that looked like a frizz storm had taken them over.

Thankfully for Maria, she didn’t burn her hair and she also didn’t seem to have burns on her scalp, but even so, the two perms that she’d done less than seven days apart had taken all the moisture from her hair.

And her curls were straw-like and dry. Not to mention that they didn’t have the curl type she’d been looking for.

Maria came to the salon the same day that she did the second perm, so we immediately washed her hair with a professional clarifying shampoo.

If you didn’t know, a clarifying shampoo takes all the residue of other products away from your hair.

Afterward, we did an organic coconut oil treatment which both moisturized her hair and also was able to loosen her curls.

After three hours of work, we were able to recuperate her curl’s health more or less 60%, and her curls were close to the form she had been looking for since the beginning.

Although Maria didn’t end up with her hair totally burned, it also wasn’t healthy. And, of course, she ended up spending a fortune.

You Got a Perm and You Don’t Like How It Turned Out? Are Your Curls Too Tight or Too Loose?

My first piece of advice is that if you decide to get a second perm because the results of the first one weren’t to your liking, get the second perm done with a professional.

And always get the second perm at least twenty days later. If you can wait a month, even better.

During that month, do a deep hydration treatment at least once a week. You can buy a good hair mask or just use olive oil.

The most important thing is to have the patience and perseverance to do it once a week.

Just so everything is crystal clear, and you don’t do anything insane:

Now you know when you can get a second perm without destroying your hair.

The ball is in your court. What will you decide? 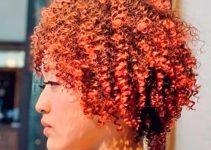 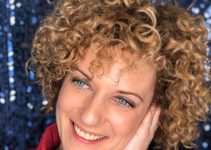 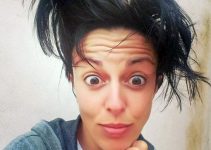 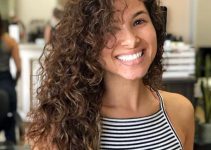 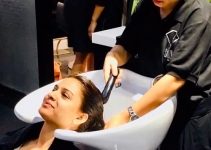 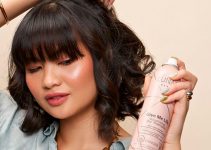