Home
Hair Color
Can you bleach your hair after using a color remover like Color Oops? 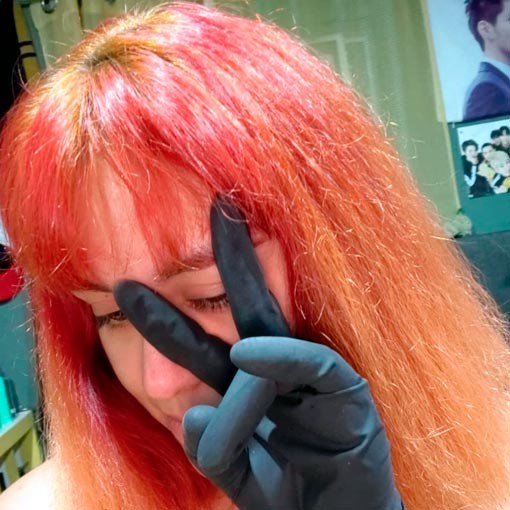 Do you want to know if you can bleach your hair after using a color remover?

Before you make any rushed decisions that might lead to a tragic end, let me tell you three things:

Does waiting ten days seem like too much to you?

Do you think your hair will be able to perfectly resist the two treatments because your hair is thick and looks healthy?

If so, do what you will, but you’ll have to deal with the consequences.

Just like I had to, when I turned my hair into a total disaster after using color remover then bleaching it all in the same day.

But, at least in my defense, I didn’t know any better. I didn’t have anyone to stop me in time or give me advice on how not to ruin my hair.

Anuncios
Anuncios
But you won’t have an excuse. What will happen will be totally your fault because I’m telling you right now what might happen.

It’s like when you watch a horror film where they tell you beforehand that the images that are about to appear on the screen might be difficult to watch for some viewers. They already told you, so if you decide to keep watching, what happens next is your fault.

This is the same.

Do you want to know why I’m so tough?

Because I’m still trying to get my hair back to the way it was before I removed the color and bleached it. I even went to the extreme of cutting off 6 inches of what used to be a long, beautiful mane.

And there’s no coming back from that.

Do you want to hear the whole story?

If so, stick around and grab a few tissues because I can tell you that this story will make you want to cry.

I promise to tell you the truth; here’s what it’s going to be:

After that, the decision is yours. But, if you want my opinion, it’s probably best to leave the horror stories to Stephen King. 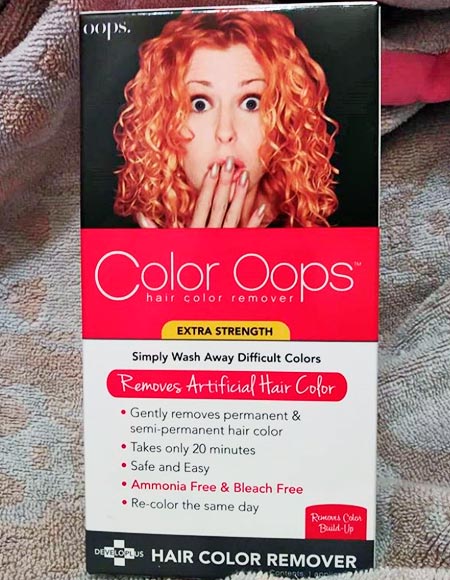 My story starts with a dye, that color in a box can be a tricky little thing.

So, of course, the solution was easy: use hair dye. I bought semi-permanent dye when I was sure about changing the color since I had heard it would damage my hair less than permanent dye because it doesn’t contain peroxide or ammonia.

Because two days later, I already didn’t like the color. Maybe it wasn’t a problem exactly with the color, but a problem of not being accustomed to seeing myself with darker hair.

What could I do?

A friend told me about the existence of color removers. She didn’t have a lot of experience, but she told me that she had read that they’re perfect for removing dye, especially if you use them soon after dyeing your hair.

So, I went for it. But, again, I wasn’t happy with the results.

Because even after using the color remover, my hair didn’t go back it its natural color.

And some parts ended up being darker than others. At that point, I was desperate.

I’d already used dye and color remover, and I still wasn’t happy with my hair color.

Then a little lightbulb went off in my head: I could bleach my hair! I wish the electricity had gone out at that moment… but, of course, I didn’t know then what would happen next.

I bleached my hair. I even made sure to use 20-volume peroxide so the process wouldn’t be so aggressive on my hair.

But, I can tell you if I could go back in time, I would rather have used a wig.

Because what happened next was hell.

My hair ended up a complete and total disaster.

My hair that was strong before turned plasticky and looked like it was about to break any second.

I literally ran to a salon. And even though I was so desperate, the only thing they could do for me was cut 6 inches of my hair.

They gave me a few explanations, which I’ll go ahead and pass onto you, so you don’t make the same mistake.

Think about it like this: if it’s the middle of winter and you have a cold, would you go outside wearing just a bikini?

Of course not, because then you’d end up with pneumonia instead of just a cold.

Anuncios
Anuncios
Unfortunately, I did exactly that to my hair. It was already damaged and weak, and instead of giving it time to recover, I continued to torture it by bleaching it.

I can assure you that when I left the salon with my hair basically burned and 6 inches less of it than before, I wasn’t so concern with the color anymore.

I could only worry that I’d wake up tomorrow morning bald. They told me at the hair salon that it wouldn’t happen, and thankfully, they were right.

They also told me what I should have done if I had wanted to bleach my hair after using a color remover.

And that’s exactly what I’m going to tell you now.

I want to be clear: the issue isn’t that you can’t bleach your hair after using a color remover. You can, but you need to take a few precautions.

For example, you should wait 7-10 days after one process to do another.

Put yourself in your hair’s shoes. If you were walking in the middle of the desert and dying of thirst and heat exhaustion, you wouldn’t want to sit next to a campfire.

Your hair is the same. The color remover takes away its moisture because you are applying a product to eliminate pigment at the end of the day. So, it will take away the pigment and some of your hair’s natural oils.

On top of it all, you will need to use peroxide to take away even more moisture and nutrients.

On the other hand, if you pay close attention to your hair, take care to nurture it so it can recuperate its humidity, oils, and the nutrients it lost, you’ll be strengthening it.

How will you strengthen it?

It repairs your hair by rebuilding the disulfate links in your hair that were broken during the chemical process.

You should buy Olaplex 1 and 2, which used to be only available in salons and use it once in the days after using the color remover.

That way, your hair will be much healthier and stronger when you bleach it.

You use the coconut oil as a mask, letting it sit for 30 minutes in your hair. The coconut oil will penetrate your hair’s cuticle, reestablishing its moisture and helping the middle and the ends of your hair.

As you can see, what separates healthy hair from destroyed hair, like what I ended up with, is just ten days.

If you think your hair deserves to wait ten days before bleaching it after using a color remover, listen to me.

Give it a chance to catch its breath and help it be strong enough to tolerate the bleach.

Two months had gone by since that fateful day when my hair never went back to the way it was before.

Do I miss my luscious, long hair? Yes.

Have I decided to accept my light brown hair? Yes.

Besides that, I’m thankful because I at least didn’t end up with burns on my scalp, nor did I lose all of my hair.

Think it over because if your hair is fine and fragile, you might not have the same luck as me.

Now you know my story, do you think it’s worth waiting ten days after using a color remover to bleach your hair? 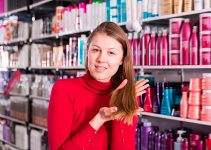 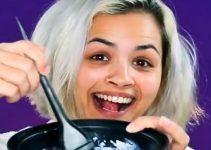 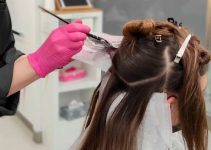 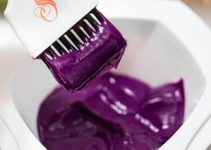 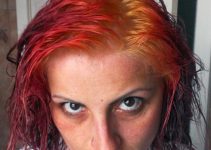