Home
Hair Color
How to Fix Orange Hair With Box Dye? And how to fix it with toner? 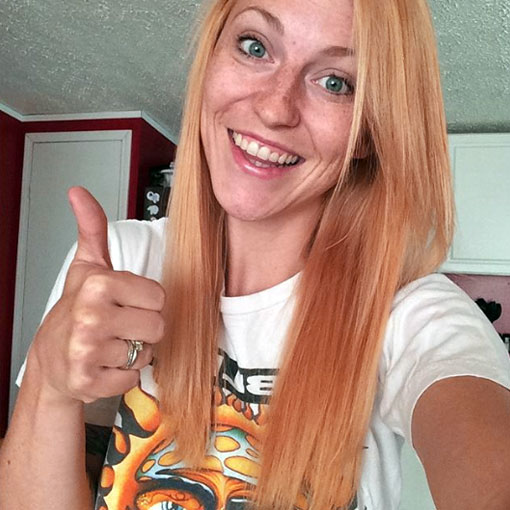 I dyed my hair and it ended up orange. Can I fix it with box dye?

Basically, I asked the same question.

I was very scared of being wrong.

Because I wanted to lighten my dark brown hair to an ashy blonde and it ended up orange.

And when I say orange, it isn’t a red or a copper.

That color that you use when you meet up with someone that you don’t know and you say, “I’ll have an orange handkerchief so that you know who I am.”

Claudia as well as myself didn’t know that us brunettes have orange and red tones in the hair, which is the residual color that you get when you bleach it.

That’s why people with dark hair have more orange tones in their hair.

And we tend to end up orange after a bleaching session.

Even though we found out that a lot of people end up with orange streaks because of the accumulation of minerals in their hair.

That’s where I was with my orange hair.

The same thing happened to my friend Claudia.

We even decided to hide our mirrors so that we didn’t have to see our own image.

After fifteen days of living like that, we understood that we had to something to drown out, get rid of, and solve the problem of orange hair.

And so, we made the decision.

We would try two different ways of getting away the orange streaks in our hair.

She would use box dye.

And I would use toner.

Do you want to know the results?

How to get rid of the orange color with box dye 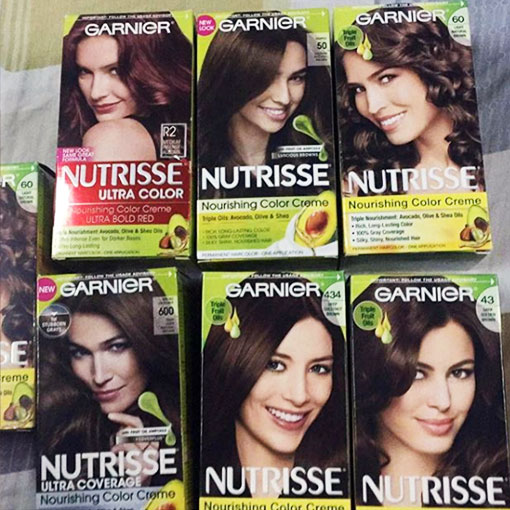 I went with her to buy the dye that she would use to get rid of the orange streaks in her hair.

When you see the photos of the models smiling at you from the magic box, the only thing you can do is beg.

Beg so that the result you get is the same as that the smiling, happy model, free of the misery of the orange chunks of hair.

But the art of hair coloring is not that simple.

An employee helped us with a very unfriendly face.

We had to pull out the information from her with a corkscrew.

In the end, after a half hour, we decided that the best would be to apply a darker color to the hair.

But in addition to the color, we had to pay attention to the underlying highlights in the tone we chose.

To get rid of the orange, the highlights should be ashy.

Have you every seen the boxes of dye that have numbers on them as if they were codes?

Those numbers are actually codes used by colorists to determine the tone of the hair and its corresponding highlights.

Followed by a .1 which corresponds to ashy highlights.

Those are what would kill the orange in her hair.

We got to her house and started Operation Hair Victory.

We were ready to exterminate those orange pieces of hair.

We read the instructions on the happy hair color box three times each.

We decided that the best thing would be if I applied it, so that every part of the orange in her hair was covered.

I divided  Claudia’s hair into thin sections of hair so that it would be easier to cover.

The box said we should wait for thirty minutes.

To not get bored, I proposed a tarot card session for my friend.

Yes, every once in a while I read cards.

And in foresight, I saw her hair perfectly blonde.

Without any signs of orange.

Not a single chunk of orange.

Between the jokes, the thirty minutes passed.

The moment of truth had arrived.

She asked me to wash her hair.

We used a sulfate-free shampoo and after, a conditioner that generally comes with the dye.

When I dried her hair, I couldn’t believe it.

My premonition had come true.

Claudia was free of the orange pieces of hair thanks to a box of dye bought at the supermarket.

How to fix your orange hair with toner 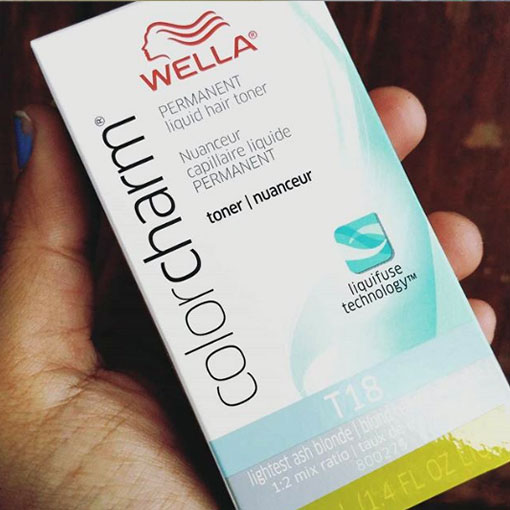 In case you don’t know, toner helps eliminate the yellow and orange tones of the hair.

It neutralizes those highlights to give a more natural tone to hair that has been bleached.

For orange hair, the best is blue toner which is the opposite color on the color wheel.

For this, we used:

We mixed the toner and the peroxide in a proportion of 1 to 2.

After, Claudia applied the toner to my hair with a lot of patience carefully covering each one of the orange pieces.

We let the toner sit for forty-five minutes.

This time there was no tarot session.

But we watched an episode of Game of Thrones.

How I love that series!

Those rogue and heroic characters fighting for an Earth where the throne defines everything.

I put an alarm on my phone just in case.

To see if I was still engrossed in the misadventures of John Snow, my favorite character, I would end up with blue hair.

After carefully rinsing the toner from the hair and washing it with a sulfate-free shampoo, the, the orange pieces had disappeared.

But the ends ended up with blue highlights.

But it didn’t worry me much because after two or three washes, they completely disappeared.

Now, the moment of truth had arrived.

Time to compare the two methods for finishing off those orange streaks in your hair. 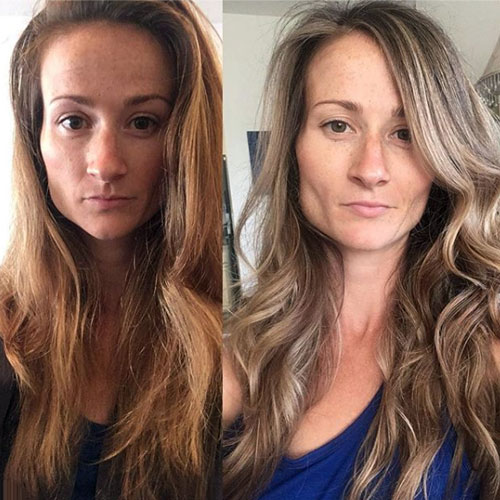 With Claudia, we came to the conclusion that the better method for fixing orange hair is to use box color.

The hair color ended up smooth and even.

For me, with the toner, my ends ended up a bit blue.

We also noted that her hair ended up softer.

That was probably because of the conditioner that comes in the box.

Also, the effect of the dye on Claudia’s hair lasted almost four weeks, while mine lasted barely two weeks.

Ultimately, I ended up applying a box dye on my hair.

I wanted my hair to look as splendid as Claudia’s hair.

In the end, the box dye is best for fixing orange hair.

The tone of my hair ended up even.

And it also looked healthy and shiny.

Do you know other ways for fixing orange hair? 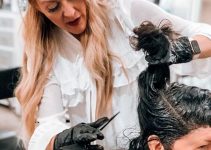 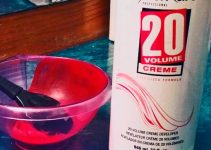 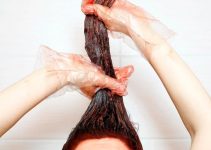 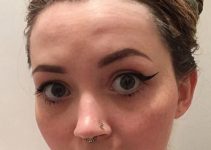