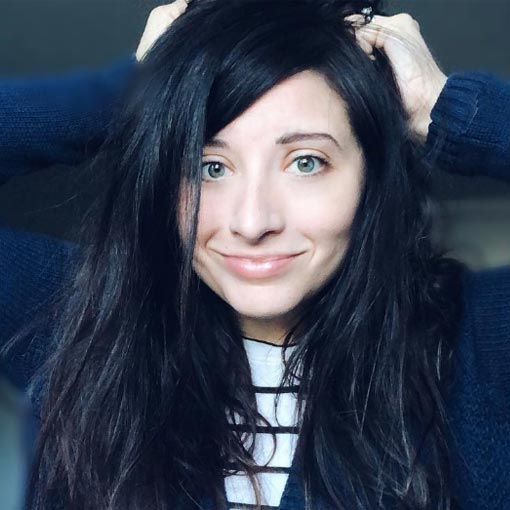 Today, I will tell you everything that I learned about organic hair dyes.

What I like best about these dyes is that they are plants and they don’t have peroxide nor ammonia. Great!

And it’s not that I’ve gone vegan or anything like that.

A year ago, I received the beautiful notice that I was going to be a mother. Imagine that!

After three years of trying to get pregnant, I finally did it.

From the day that I received that news, my life changed 100%.

Everything revolved around the baby that was coming.

And when I say that my life changed, I mean that almost everything.

Anuncios
Anuncios
I smoked five or six cigarettes a day, and of course I stopped that habit. What came after that was both good for my health and good for my wallet.

I only drank a glass of red wine a week.

I started to practice yoga instead of my Crossfit Routine.

I bought who knows how many books about maternity and early stimulation for the baby. And a million moisturizing creams to prevent the appearance of stretch marks.

But I had a problem.

Anuncios
Anuncios
I had been dyeing my hair for three years a beautiful intense chocolate brown color.

And a month after receiving the notice of my pregnancy, my roots started to come in.

Have you ever been pregnant?

So, you understand perfectly how I felt. I could go along happily with the changes in my body and embrace new horizons.

But, watch how my hair transformed into a bi-colored, uneven, and messy mane?

There had to be some way to dye my hair without damaging the baby.

Because ultimately, the scalp is skin and hair dyes contain chemicals that the skin absorbs. Chemicals that could be dangerous for my baby.

So, I discovered organic dyes. And they were my salvation.

Then vegetable dyes are for you.

They are also great for those people that want to recuperate the moisture of their hair, which is generally stripped out by the chemicals of traditional dyes.

Today, I will tell you: 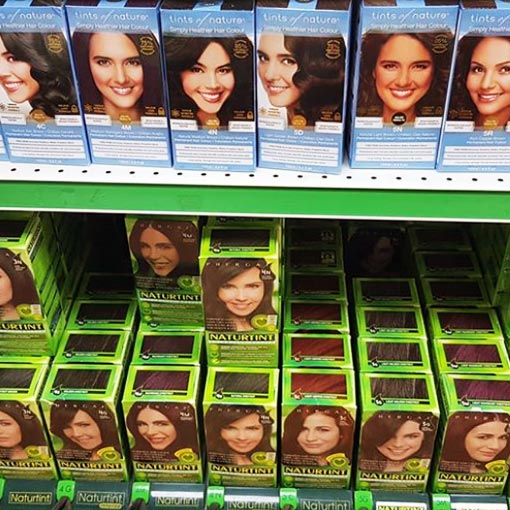 When I started to research which were the chemicals that these traditional dyes contained my hair stood on end.

I was scared, very scared.

Did you know that they use more than 5000 different products if you count all traditional dye brands?

And I’m not the one saying it.

It’s confirmed by the National Cancer Institute which is located in one of the cities in the United States.

But the worst part is that some of those ingredients are carcinogens.

Just thinking about it made me want to run and hug my baby.

Some of these chemicals are:

In addition to these potential health risks, the traditional dyes also cause damages to the hair.

Because these chemicals penetrate the cuticle of the hair, which produces a loss in proteins and moisture.

Do you remember the smell of your hair the last time that you applied the dye?
Anuncios
Anuncios

That is ammonia, and in addition to emanating that unbearable smell that most brands try to hide, it breaks your hair follicles.

Result: your hair changes color, but most of the time, if you don’t care for it properly, the damage to your hair can be difficult to reverse.

After all of this, I’m sure that you are asking yourself if they are so damaging, why do they continue selling these types of products?

I think, basically, because it’s a great business.

Something similar to tobacco, to give you a pretty clear example.

And also, I think that hair product companies try every day to include less of these types of ingredients.

Even so, now, all traditional dyes include at least three or four of those ingredients that I mentioned before.

If you aren’t pregnant or you aren’t allergic or sensitive, in the end you’ll have to deal with the damage to your hair.

But if you find yourself among the risk groups that I mentioned above, it’s best to prevent instead of treat, don’t you think?

Now, I want to be completely honest.

That’s why I’m also going to talk about the pros and cons of organic or vegetable dyes.

Comparing organic dyes with traditional ones 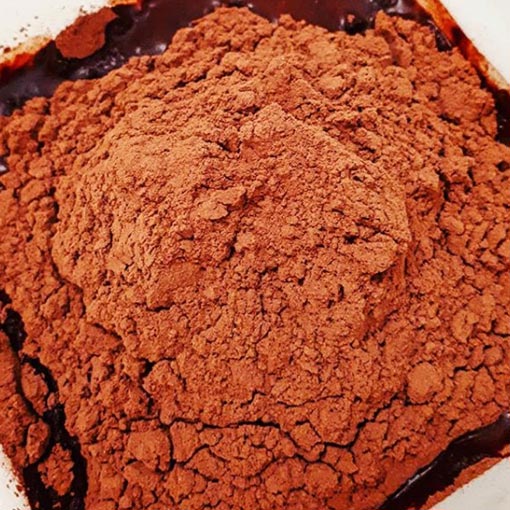 One of the biggest differences between organic dyes and traditional ones, obviously, is its composition. Most organic dyes don’t contain ammonia nor peroxide nor PPD.

That’s why, they don’t cause the hair fibers to dry out, helping to conserve the proteins and moisture.

In addition, they créate an alkaline environment by elevating the pH level  and work as smoothing agents. That means that the cuticle is smoothed while you dye your hair.

This is simple, because there is no ammonia to open the cuticle of the hair and deposit the new pigment. Also, the pigments tend to be softer than traditional dyes.

At this point, don’t worry. I will tell you how to find them, but first, let me tell you three brands that for me are the best organic dyes that I have tried.

Three organic dye brands that will change your life 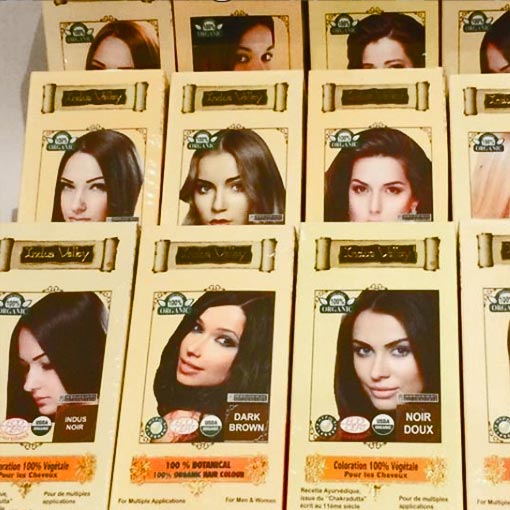 The three brands that I will mention are very good, but I preferred to put Indus Valley in the number one spot because it is the one that lasted the longest in my hair, even up to thirty days.

Its natural ingredients, many of which I didn’t know like matricaria chamomila and other plants with equally complicated names, made my hair shiny and luminous.

And do you want to know more?

When I used the traditional dyes, the days after I dyed my hair, I noticed that I had a bit of dandruff.

When I started to use these organic dyes, that disappeared because they contain a natural anti-dandruff ingredient in its formula.

To use it, simply empty the pouch with the product in a bowl that is either plastic or glass, never metallic. That goes for all organic dyes.

After, I add boiling water according to the proportions indicated on the container, which will always depend on how long your hair is. I mix the dye with water until I get a honey-like consistency.

I apply it to the hair, always from the roots to the ends, separating the hair in small pieces with the help of a comb.

I let it sit for about thirty minutes, while I entertain myself playing with my son.

Once the magic happens, I rinse with warm water until all the product is gone.

My hair looks shiny, healthy, and I don’t feel any type of itching on my scalp. 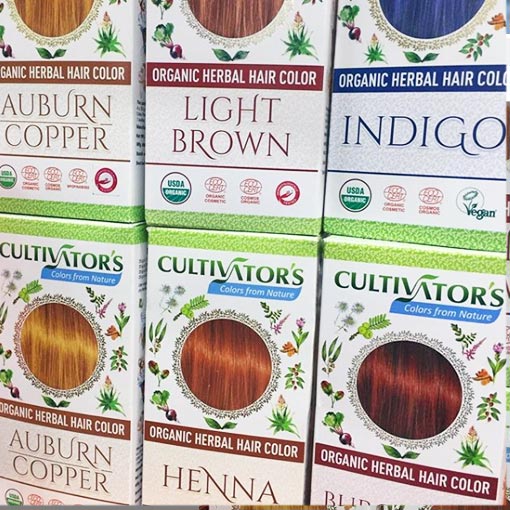 Are you worried that an organic dye won’t cover your gray hairs?

The same thing happened to my mother-in-law. When she found out about al the toxic ingredients that traditional dyes were made of, she didn’t want know any more about any of them.

But her fear was that it wouldn’t cover her grays, which to tell the truth there are a lot of.

But in the end, she decided to give it a chance.

And I can assure you that this dye covered 100% of her grays. 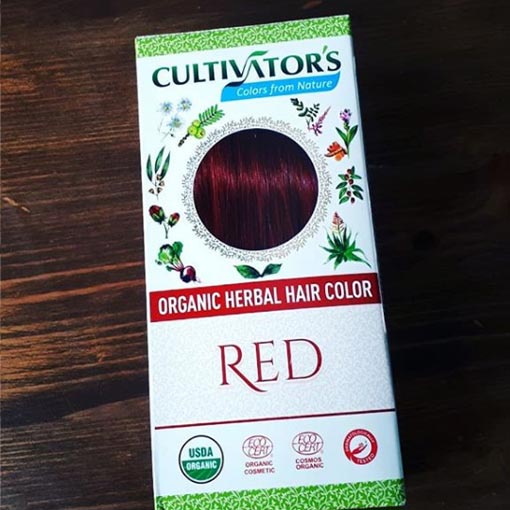 Among its natural ingredients, you can find eucalyptus, aloe vera, cassia and henna. Of course, it all depends on what color you choose, since, for example, in burgundy, one of the ingredients is beet root.

Don’t worry about the colors. They have a wide variety of tones.

The manufacturer recommends that for light tones, you let the dye sit for about thirty minutes, while for darker tones, ninety minutes.

The application method is similar to the previous one.

Simply mix the powder with warm water until it has a creamy consistency, and after, I apply it to my hair, distributing it evenly.

This was one of my latest discoveries.

What seemed more fun for me was that instead of water, if you want to get an even darker tone, you can mix it with hot black tea.

Another difference with the other two dyes is that if you choose a very dark tone, you should let it sit for one or two hours, to get complete penetration.

Of course, it doesn’t contain peroxide nor ammonia, nor heavy metals.

The application is basically the same as the rest of the dyes I previously mentioned.

Now, what I promised you.

I will tell you how you can buy organic dyes.

Where to buy organic dyes

This one of the biggest disadvantages of this dye of dyes, because you won’t find them in any supermarket or pharmacy in your neighborhood.

But, luckily, the internet is magical and doesn’t know borders.

Anuncios
Anuncios
So, a quick solution is to find them on Amazon or E-bay easily. What I recommend is that when you buy them, take advantage, and if your wallet allows you, buy more than one box. Many times, the shipping is free.

What I did was looked for store that specialized in organic products. The same ones that sell spices and vegan foods.

To my surprise, in many of those stores, I could also find some of these brands of dyes.

Now you know everything about organic dyes.

If you are pregnant, allergic, or suffer from sinusitis, this is the best option to dye your hair without damaging your health.

Have you ever used an organic dye? What results did it give you? 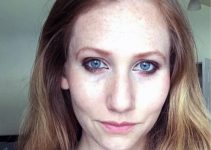 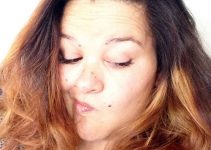 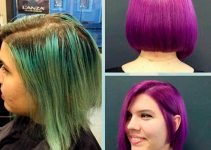 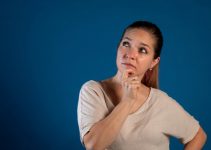 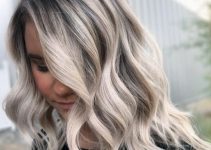