Home
Hair Beauty
Can you do a perm on highlighted hair? What is Olaplex? 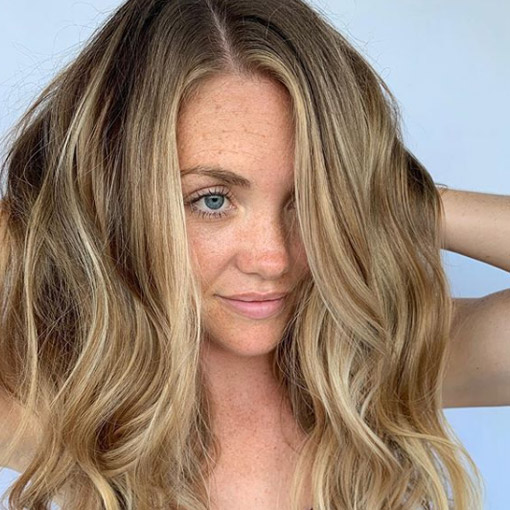 Are you thinking of highlighting your permed hair?

Anuncios
First, you have to know that if you’ve highlighted your hair today or yesterday, you should completely forget about the perm for a few days.

Because if you don’t wait that long, your hair could end up destroyed and burned.

Even so, and always respecting the time, there is a miracle product called Olaplex.

Yes, I know it sounds familiar because of the legendary Kim Kardashian, when from one day to the next, she went from brown hair to platinum blonde, without ruining even a half a centimeter of her beautiful, million-dollar hair.

But did you know that Olaplex was invented to protect colored hair during the perm process?

Olaplex is a simple, three-step method that involves an active ingredient that works on the subatomic level to search out the weak bonds in the hair that are produced from synthetic damage or heating tools.

So, you can apply Olaplex to fix the damage or to add on another service, like a perm, to give your hair one final line of defense against breakage.

Do you want to know how I know?

My story is simple.

A month ago, I decided to do some highlights in my straight hair.

The first few days I was in love with my new look, those golden streaks highlighted the shine in my hair and made me feel like a diva.

But as the days went by, my enthusiasm died a bit. This happens to me a lot. It’s like when I buy that dress that I’ve been drooling over in the Zara window and after a few days, it’s just another dress.

Now that I have highlights, I dreamed of having surfer chick blonde hair. Yes, I wanted to add volume and movements to my highlights.

Looking for photos on Instagram, I found the beach wave perm.

Eureka! This was what I needed. I would have beautiful beach waves in my highlights!

But the happiness didn’t last long.

Because various visits to different salons ended up pinching away at my happiness, and I was left as sad as a child whose balloon popped at their birthday party.

All, absolutely every one of those salons refused to do the perm in my highlighted hair.

When I was about to quit the idea of a perm, a lit-up sign across the street caught my attention.

A sign that said, “now, perms are possible in dyed hair: Olaplex.”

Can you imagine that I beat the record for speed? I even think that I won the speed walking and in a millisecond, I was inside the salon.

A woman attended to me who was in her fifties and when I told her that I wanted to permanently curl my highlights, the first thing she asked me was when I had done the color.

When I told her that it had been a month, she smiled from ear to ear and I immediately did the same.

And before doing the perm, she explained to me some other things about Olaplex.

Do you want to know what they are?

Then, my friend, don’t move, because I will tell you:

If you are about to quit the idea of doing a perm to your highlighted hair, don’t throw in the towel just yet. 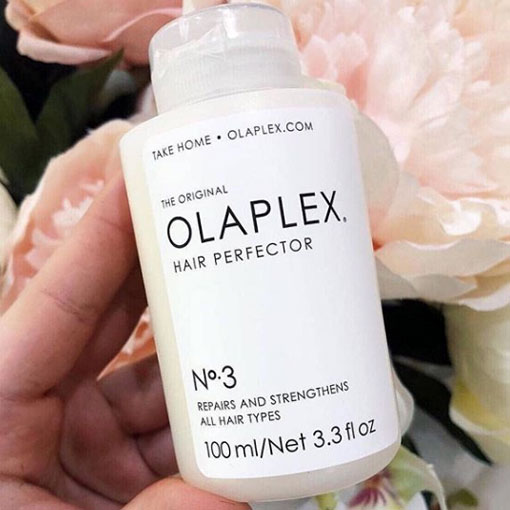 While she prepared all the materials, the stylist explained to me everything about this miraculous product.

Olaplex is a reconstructive treatment developed by the best scientists that improves the internal structure of the hair and prevents damages from occurring during chemical processes like a perm.

The Olaplex treatment repairs and restores the disulfuric bonds in the stalk of the hair damaged by the chemicals in the dye so that the hair gains back its strength and elasticity and prevents fracturing.

Anuncios
Anuncios
But also, it protects it against the damaging effects of the perm solution, helping reconstruct the quality of the hair during the process. This allows you to do multiple chemical processes with minimal damage to the hair.

Because, let’s be honest. After coloring, your hair ends up weak. If we add the effect of the perm solution to this, voila!

We have damage, damage, and more damage. But with Olaplex, this doesn’t happen.

And now, I will tell you how Olaplex comes into play during the perm process.

How to use Olaplex during a perm

Olaplex is a three-step process.

Olaplex 1 and 2 were applied by the stylist at the salon.

And she did it in the following way:

Anuncios
Anuncios
You could notice my highlights a lot more thanks to the fun curls that gave my hair a unique movement.

I swear that I wanted to run out and buy a plane ticket to any place with a beach and take an accelerated surf course.

After, she started to offer me Olaplex 3.

The truth is, to be completely honest, the first thing I thought was that she was trying to get her hands in my pockets.

She gave me a look as if to say that she knew what I was thinking, and she told me that she had already made her profit with the perm process along with Olaplex 1 and 2.

I could buy Olaplex 3 or not, but if I loved the new look of my hair, I shouldn’t question it.

After all, one more won’t hurt?

Looking at it from that point of view, I was quickly convinced.

Imagine if I used any sort of deep moisturizing treatment and ruin my new golden beach curls.

No sir! You can call me miserable, but never stupid.

So, I left with a bottle of Olaplex 3 under my arm, but some incredible, golden, beach waves in my hair.

Ten days have passed since I’ve done the perm. I couldn’t be happier.

My highlights look much more eye-catching, I would even say more lively.

Anuncios
Anuncios
And I noticed that my hair is much softer. It seemed like a lie that in one month I did two aggressive treatments like a perm and coloring.

If you want to perm your highlighted hair, you should use Olaplex.

Because in addition to not damaging and burning your hair, you will notice that it is healthier.

Di you already know that Olaplex also can be used when doing a perm? 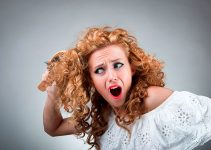 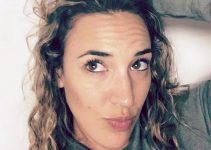 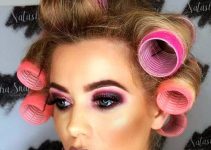 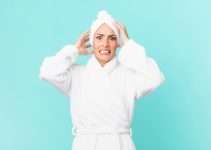 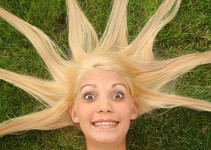 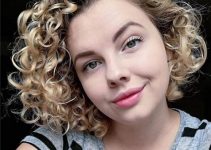