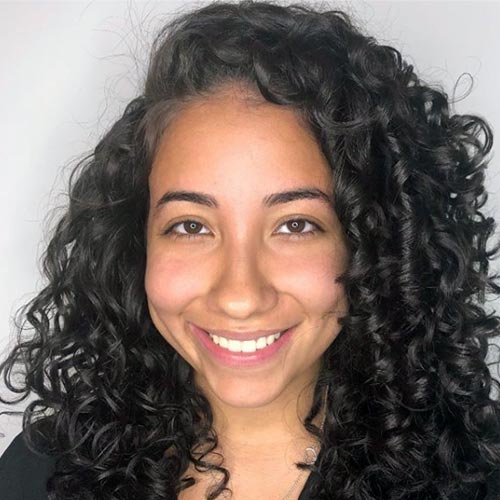 Are you joining the ranks of the legion of amazon women who want to show off their curly manes?

Welcome to the XXI century, because curly hair is back, riding a new wave of popularity.

Nevertheless, you’re surely still asking yourself what would be best for you. Soft curls or tight, corkscrew style curls?

It’s a difficult decision, but to help show you the way, I’ll tell you this:

They’re also best suited for hair that isn’t dyed, since curls that are really tight are prone to getting frizzy.

Also, soft curl perms are suggested for those women with defined curls who want to soften them into waves.

It’s very important to be clear on what effect on your hair you desire to obtain with the perm.

If necessary, spend several hours in front of the computer, going through photos on Instagram.

Or go to a salon and request a professional opinion.

Because once you get the perm, the effects will last. And not just a day, or a week, or a month even. Most perms last approximately six months.

As I write this, I think back to a couple clients who, just a matter of a couple weeks ago, visited me at the salon.

They were two friends.

Both wanted the same thing: a perm, but each one was looking for completely different effects.

Want to know what?

Keep reading, because I’ll tell you:

Dare to get those curls and become one of those women who exercises her right to self expression from head to toe. 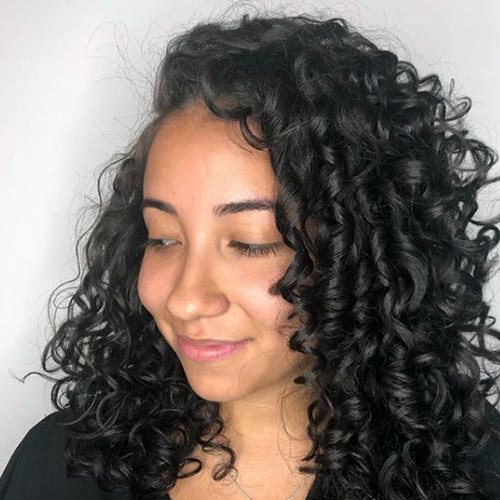 She’d never put her hair through any kind of process. She’d never had it dyed or bleached, not even a straightening treatment.

Anuncios
Anuncios
At first Andrea wanted loose curls. But after carefully analyzing her hair, it was clear that wasn’t the right choice for her.

Can you guess why?

Let me give you a hint.

Besides being straight and long, her hair was thick.

Do you know what happens with thick hair?

If I gave her a perm with soft curls, what would happen?

Exactly! The weight of her hair would end up stretching the curls until they almost disappear.

So before long Andrea would start to think I swindled her, because after a month she wouldn’t have any more curls.

I showed her a couple of photos of tight curls and she was amazed!

I got to work and when I finished, her face said it all, she was ecstatic.

Not just because her tight curls accentuated her almond eyes and small upturned nose, but because her complexion was completely different.

The way she defined it was sassy and bold, as if she wanted to exclaim from a mountain top, “this is who I am.”

Besides, she finally got more volume and movement in her hair.

Isn’t it incredible what a change in look can ignite inside someone?

While she couldn’t stop looking in the mirror and giggling, Silvina was waiting for me impatiently.

So without losing any time, I focused on achieving for Silvina a happy ending as happy as Andrea’s. 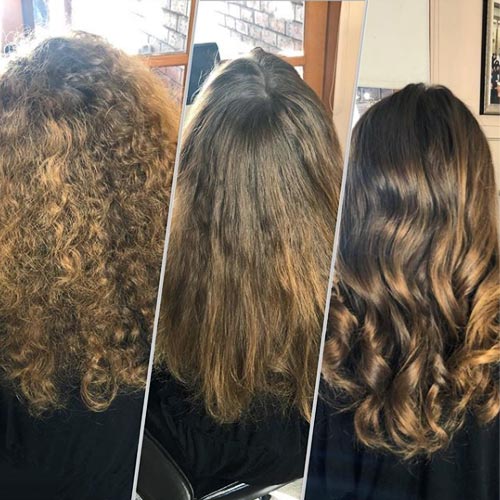 Silvina had a natural ripple hairstyle, the kind where the little curls form super tight locks in which you can barely stick a finger.

Of course, she was tired of them, because she had to dedicate a lot of time to take care of her hair, to avoid suffering from frizz, and furthermore it seemed like her hair never grew.

This is one of the eternal myths about super curly hair: it seems like it never grows, but the truth is, nothing could be further from the truth.

The matter of the fact is that because the hair is in curls, it appears shorter.

Anuncios
Anuncios
She didn’t want to straighten her hair, she wanted to keep her curls, but to change their pattern.

Of course. It was possible to stretch her tight curls. And by doing that, not only would she change her look, but she would make her hair seem much longer as well.

But also, she would finally achieve shorter brushing sessions, because it doesn’t take an hour to put a little mousse in to give your curls definition and avoid frizz.

So in the end, I gave her a soft curl perm. I chose a perm rod that was quite large, so that her strands would adopt the form of a soft wave.

Afterwards, the perm solution and the neutralizer would change the pattern structure of the curls from tight to soft.

You could see the impatience in her face, the doubt, the uncertainty. And I could understand.

She had spent her whole life with corkscrew hair, and now her look would be completely different.

Her hair already had volume and movement, but the soft curls made her hair appear much longer.

When I finished, there was a special light shining from inside the salon. The light that emanated from two friends who had dared to change their look, and they were radiant.

The world of perms offers a ton of possibilities. It’s just a matter of finding the right curl pattern according to your needs, desires, and preferences.

What do you think would look best on you? A tight curl perm or a soft curl perm? 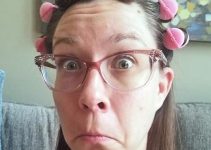 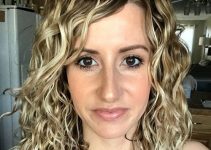 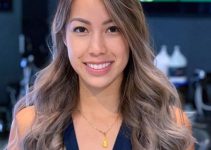