Home
Haircuts and Styles
How long does hair shock last after a haircut? It depends on how radical the change was 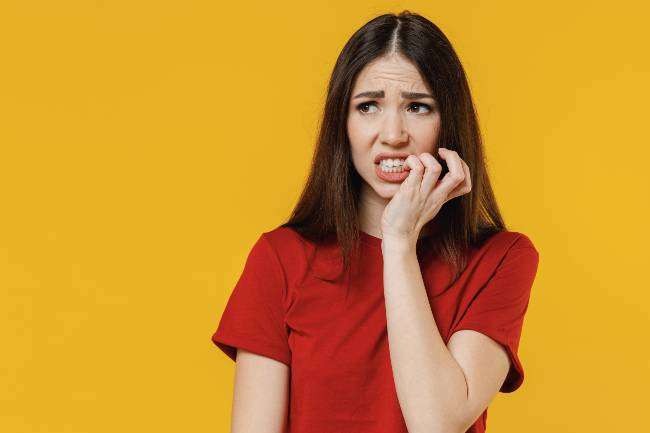 YOU MAY ALSO BE INTERESTED IN: Why do haircuts look bad at first? 4 possible reasons

Why do hairdressers always cut too much? What can I do to avoid it?

If you’re here it’s probably because you’ve had a makeover and you’re desperate because there’s no going back from that change:   you’ve cut your hair and it can’t be glued back on.

But relax; it’ll eventually be over. The shock of seeing you with a new cut, however long it lasts, will pass.

In this article, we’ll see what factors make your new haircut shock last longer or shorter and   what you can do to get over it faster.

How long will it take me to get over the shock of my new haircut? 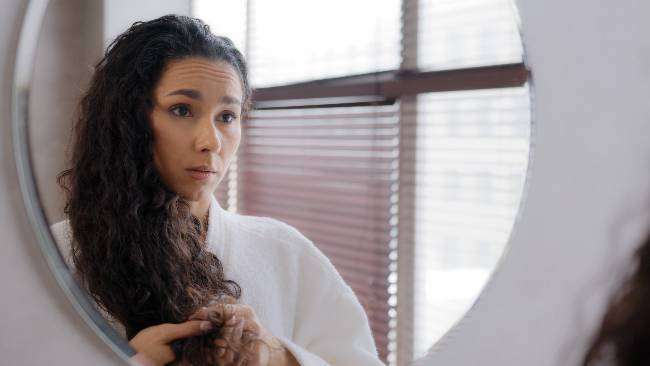 Well, I can’t tell you exactly how many days the shock of your new haircut will last, but I can tell you that it’ll depend on several factors. Let’s look at each one.

Easy. Big changes take a little longer to get used to.

So, if you have a haircut that turned out shorter than usual, the next day you won’t even remember it.

If the change is minimal, the shock will also be minimal and will last very little,   just hours or a couple of days.
Anuncios
Anuncios

However, if you get a drastic haircut, such as going for a bob cut after having had hair down to your waist, the shock will be a bit more dramatic.

If you have a drastic change of look, the shock can last for a week or even a month.

But, rather than days, I prefer to talk about the number of washes, I’ll explain why.

When you cut your hair, at first it looks like it’s not your hair. Then, as the washes go by, the hair starts to adapt to your head.

So, as I always tell my clients: I know you’re in shock, but wait a few days for the cut to settle.

Anuncios
Anuncios
If you’re quick to get used to change, then it won’t take long to get over the shock of this new cut.

But if the change isn’t normally your thing,   it’ll take a little longer to get over the shock   of this haircut change, maybe up to a month.

But don’t worry, everything passes and you’ll end up getting used to it sooner or later.

On the other hand,   if you have straight hair, the shock will soon wear off,   as only the length changes.

If you have undefined hair, it’ll take you longer to get over the shock, but not as long as someone with curls.

YOU MAY ALSO BE INTERESTED IN: How to grow out a bad-layered haircut? To cut or not to cut, that’s the question 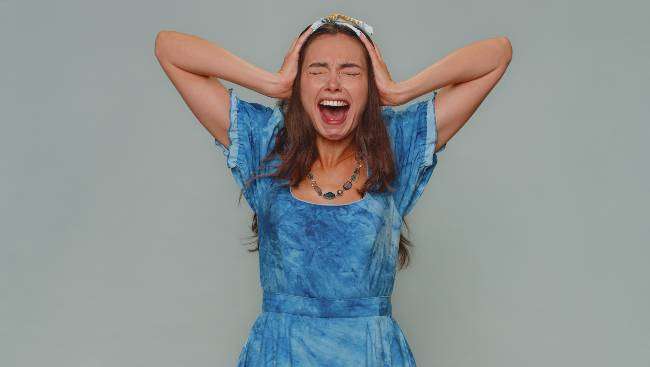 Before I go on, I’ll tell you the story of Jazmin because this topic reminds me a lot of her.

Jazmin had long hair down to her waist   with carefully shaped waves and just a few highlights.

She was an image consultant, so she always looked flawless.

Every time she came to the salon, she cut only the ends, and she said it repeatedly: ONLY THE ENDS.

Of course, even if I cut one centimeter off, she thought it was a lot!

One day, she surprised me by asking me for a change.

She told me that   she had been thinking all week and that she was determined and ready to cut her hair above her shoulders.

Imagine my astonishment when I heard that. Of course, before I cut her hair I checked if she was sure. She insisted that I cut her hair.

So, I cut her hair and styled it as usual. She was happy!

But the night came and my phone rang, it was Jasmin.   To my surprise, she was crying.

She asked me if the garbage was still at the salon. Why? What had happened?

She wanted her hair back.   Oh, I didn’t know whether to laugh or cry with her!

What madness was that?

Anuncios
Anuncios
A lot of clients usually go into shock after a cut,  but no one had ever asked me to give her hair back!   We chatted a bit and she calmed down. Besides, her new cut had really turned out beautifully.

When I saw her again, she no longer wanted her hair back. She was happy with her new cut. Your hair speaks for you.

Did you know that?

Is there anything I can do to ease the shock of the new cut? 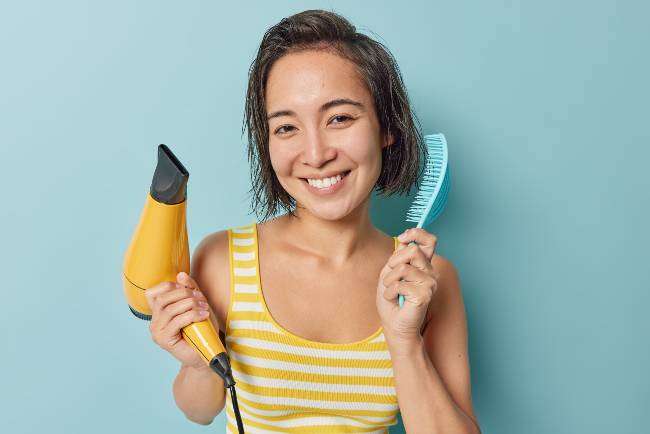 Even if I wanted to, I don’t have a magic wand to solve your problem without seeing you.

But I can tell you that the best thing you can do to overcome the shock faster is   style it as you like, and use creams, gels, and accessories.


Look in the mirror and appreciate the beauty of your new haircut. Look for the bright side.

For example, if you had super long hair before, you probably need less product to wash it and you’ll save money.

Also, it’ll take much less time to dry and style your hair, so you’ll have more time to enjoy a coffee or even sleep in later.

Anuncios
Anuncios
Make a list of points in favor of your new haircut to get over the shock faster.

Combine your hair with your clothes,   try new combinations, or   change your makeup.

Positive thoughts about change go a long way in helping you get used to it faster!

What do I do if it still shocks me after a while? 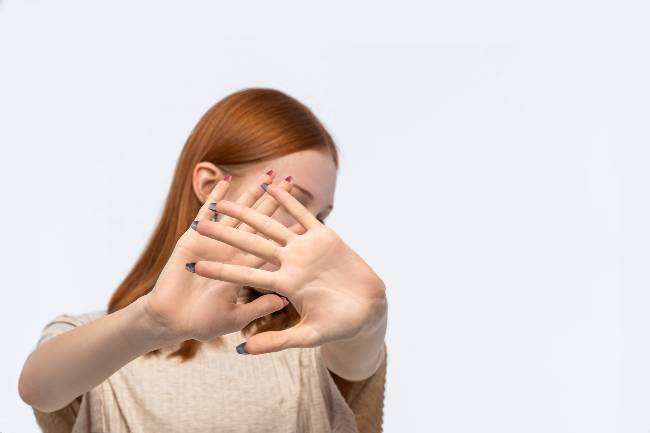 If you’ve already washed your hair several times, styled it in a thousand different ways, and you’ve done everything to adapt to the change but can’t get over the shock, don’t worry.

I recommend you make an appointment with your hairdresser   to talk about it. You’ll find a solution together.

For example, if you can’t master your hair, they may recommend some type of straightening, opt for a different type of fringe, or a different shape for the cut.

But remember, everything has a solution!

Conclusion: The shock of your new haircut will last between 7 and 30 days, or as long as it takes you to get used to the changes

We are all different and   some people have a harder time accepting change.   They can go into shock at any movement. There’s nothing wrong with that.

As we saw in this article,   the shock of a new haircut will last longer or shorter depending on whether you get used to changing quickly or not.

Don’t despair and try to find the best way to live with your new haircut   without stressing out so much.

Talk to your friends or your hairdresser. They’ll make you feel better! 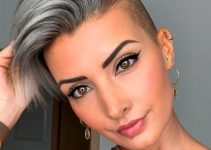 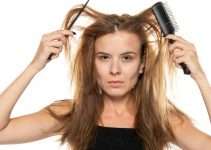 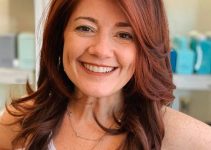 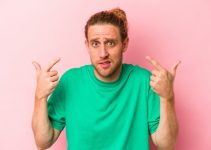 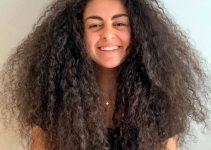 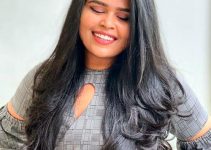